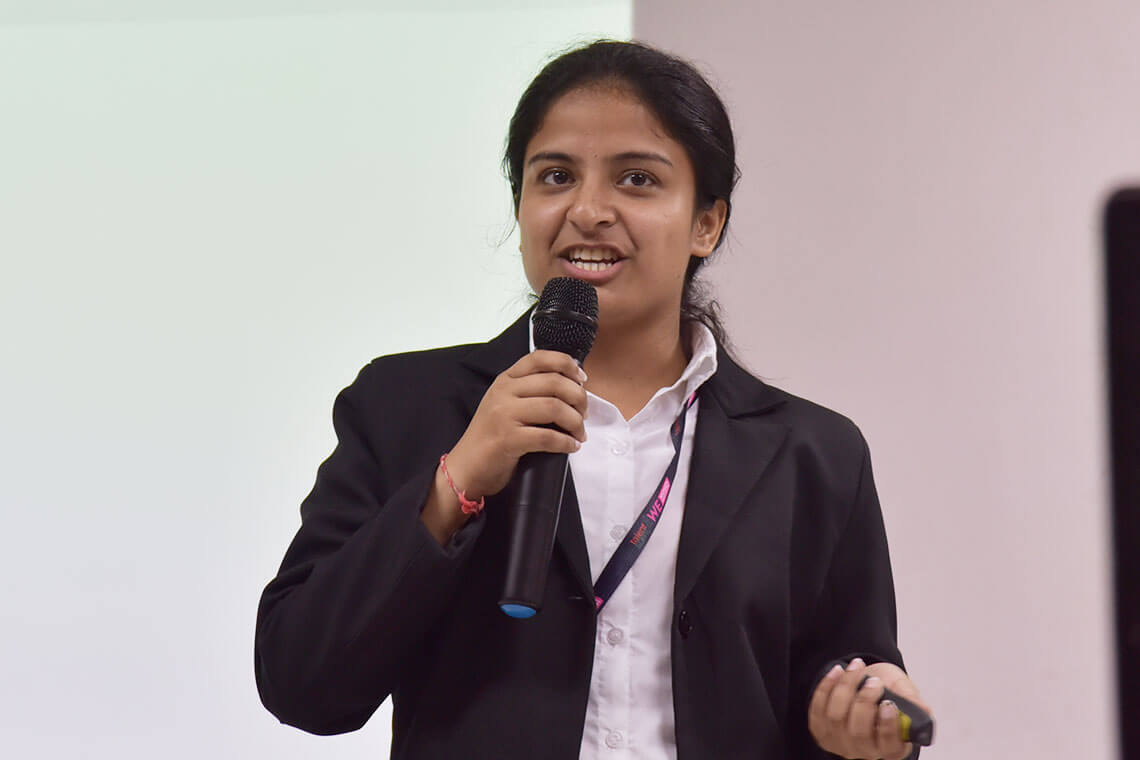 When Delhi girl Riya Tyagi recounts her story, the following lines from a Robert Frost poem come to mind:

“The woods are lovely, dark and deep,

But I have a promise to keep,

And miles to go before I sleep.”

Riya had promised her parents that she would do whatever it takes to succeed in life, even if it meant travelling 6 hours a day to-and-fro from her college. This girl has known struggle, and her hard work has been rewarded. She recently landed a job with Expedia at the CTC of 12 lakhs/annum. This is her story.

They say the apple doesn’t fall too far from the tree. In Riya’s case, her hardworking nature is inherited from her father – a man who travels 120 km to work, every day.

“I knew very early on that I need to help him take care of the family,” Riya says.

A bright student, Riya learnt how to work smart in school. Her favourite subject was mathematics, but this was before she was introduced to computer science.

She recalls a class where her teacher taught a program that could be used to swap two numbers. She was mind blown that a few lines of code could do this. “I figured that since computer science is applied mathematics, I should explore studying it in college.”

Soon after, she got a seat at Galgotias University, Greater Noida.

Riya’s father couldn’t afford the hostel fees and so, she had to travel 6 hours daily to commute to and back from college.

“I would leave home at 6 am and reach college at 9 am…the only time I got to study was during my commute… that is when I learnt the value of hard work,” Riya recalls.

At first, she couldn’t fathom that a program like this actually existed. She says, “I couldn’t believe they were going to train us and give us a scholarship.”

Riya appeared for the test and got through. In a few weeks, she was off to Hyderabad for the bootcamp.

A north-Indian girl in South India, Riya faced a language barrier and a bit of a culture shock. She recalls her first week in her PG and the minor hiccups she faced.

“On my first night, when I went down for dinner, I was thoroughly confused…I had never eaten South-Indian food before.”

Then there was a laundry fiasco when her clothes were misplaced and the language barrier prevented her from communicating with the laundry service.

As inconvenient as these experiences were, they taught Riya something of value. She says, “I understood that I was living in a bubble before… I knew that I had to open myself up to new experiences.”

At the bootcamp Riya met the other girls and realised that she had to work on improving herself. She says, “the bootcamp was not just about learning how to code. It stressed on self-learning and trained us to become professionals. We were assigned mentors from Google… those sessions helped me understand my strengths and identify areas I had to improve in.”

Back from the bootcamp, Riya started her internship with Raxa Health, a start-up based in Delhi. Soon, she had offers from both Raxa Health and Expedia. She chose the latter. She says she loves her work at Expedia.

As far as future plans are concerned, she’d like to go to MIT for her Masters and do a course that allows her to marry her interest in mathematics with her passion for computer science. Whatever she chooses to do in the future, we know she’ll succeed and we wish her all the best!