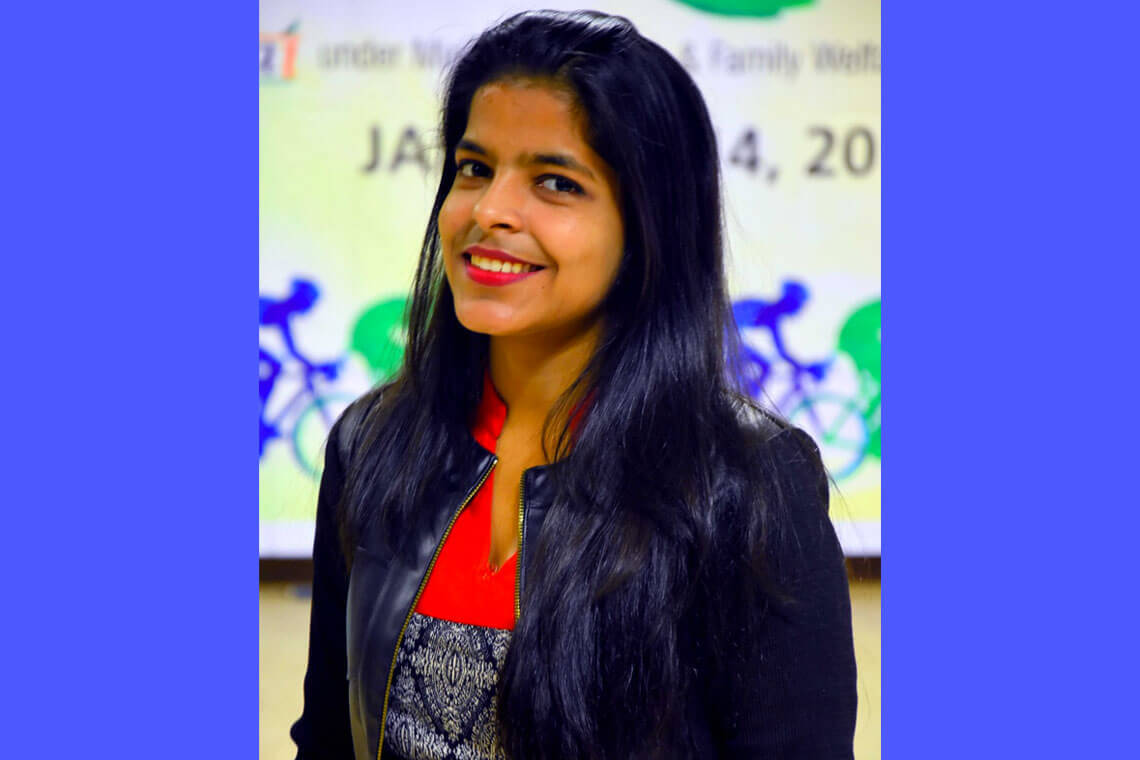 Sajal Agarwal’s busy LinkedIn profile is a testimonial to this recent B. Tech graduate’s drive to prove herself. Just in her early 20s, this Mathura girl is out to win big. She is fearless, well-spoken, and knows her mind —traits that are rare in one so young.

Sajal aspires to be like Robert Langdon and the femme fatales of Sidney Sheldon novels. “I want to be someone who builds things from scratch,” she says.

As the youngest member of her family, Sajal was always indulged. But life was not all roses. She lost her father when she was just in first grade. While her uncle took charge of financially supporting the family, Sajal’s emotional support came from her mother.

Academically gifted, Sajal followed her brother’s example – an IIT alumni who works as a petroleum engineer in Gurgaon.

She spent 21 years in Mathura, living at home with family and attended St. Paul’s Senior Secondary School where she was a topper, a head girl and a teacher’s pet– albeit a naughty one.

“All my teachers knew me by name and I was part of many clubs… I was the complete package,” remarks Sajal.

A world of opportunities

It was in college – GLA University, Mathura – that Sajal was exposed to the many possibilities of the corporate world. As a day scholar, Sajal spent her time hunting for opportunities that would help in building her career, while balancing studies with extra-curriculars.

In her third year, she attended a petroleum conference in Delhi all by herself. “I’d never travelled on my own before and my mother was really terrified,” Sajal recalls.

In her fourth year, she got 2 fellowship opportunities and interned in Juspay – a fintech start-up in Bangalore.

Despite her mother asking her to choose one, she decided to pursue both.

WE aims to nurture 600 female students over 3 years and prepare them for the global technology industry.

“I had applied for WE on a whim and when I ended up getting selected, I was elated. I was to receive a grant of 1 lakh over a year and would have to travel to Hyderabad for a month-long bootcamp,” recalls Sajal.

Not a regular bootcamp

Sajal had never been to a bootcamp before and this was the first time that she was travelling so far on her own. “It was scary in the beginning. I had never lived in a PG before, let alone book one for myself… I was late to the orientation also. I remember hurrying into the room and everyone looking at me,” she chuckles.

The bootcamp turned out to be very different from what she’d expected. The girls had full day classes followed by assignments. Sajal recalls that Asokan, the Chief Product Officer at TalentSprint, was very particular about a few things.

“Asokan didn’t want to be referred as ‘sir’. He would fine us every time we did. It was these little things that made the bootcamp interesting.”

A change for the better

“WE gave me loads of exposure. I found a mentor in Asokan and the network I created in just one year was phenomenal,” says Sajal.

As far as future plans go, Sajal has recently started a new job at Arcesium, Hyderabad. In the next few years, she’d like to lead a team and help her peers become the best version of themselves.

This comes from a girl who is open to new experiences and believes in breaking the shackles that society places on women. More power to her!