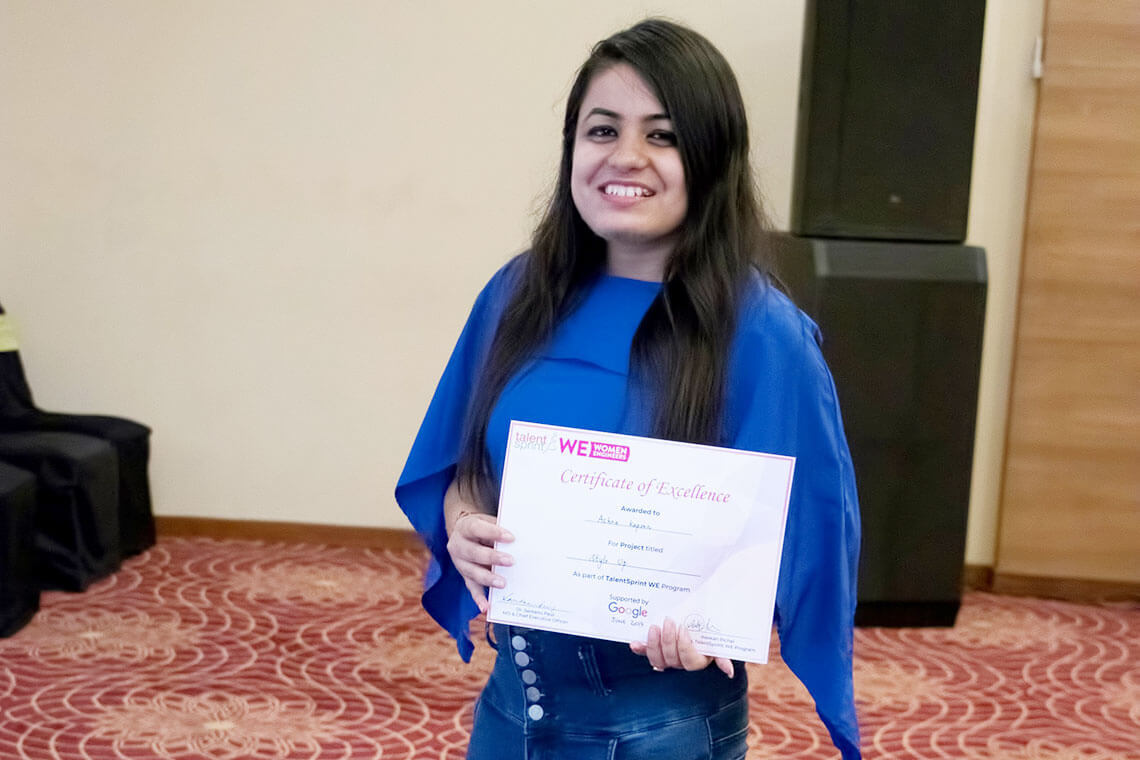 Chirpy, bold and optimistic – three words that best describe Ashna Kapoor, the Amritsar girl leading change in her community. Where Ashna comes from, 22-year-old girls are usually married off into good families and their education is restricted to the cities or towns they live in.

But Ashna had other plans. Her aim was to prove to her family and community that women can do more and be more, if only they believe in themselves and are given a chance. This is her story.

Ashna Kapoor was born into a business family. She was an exceptionally bright student in school who cleared the first round of the National Talent Search Examination (NTSE) without any coaching. But she couldn’t crack the second round.

“This failure made me realise that you cannot restrict yourself to the four walls of your school. You’ve got to broaden your horizons and compete with the rest of the world,” she recounts.

After 10th grade, when it was time to choose a stream, Ashna’s elder brother—an urban planner, suggested she take up commerce. “He told me I wouldn’t do well if I took up science and that was what made me choose science in my plus two,” chuckles Ashna.

She scored 95.4% in her class 12 board exams and was accepted into Dr B R Ambedkar National Institute of Technology in Jalandhar.

Convincing her parents to let her go was difficult. “I was the first girl in my family to step out for my education… I remember arguing with my parents that if I don’t do this, there will be no difference between someone who holds my rank and someone with the rank equivalent to a mobile number,” Ashna recounts.

It took lots of convincing but finally she was allowed to attend college in Jalandhar.

“Something changed in my life for the better”

It was in her third year that a senior told Ashna about WE Program, offered by TalentSprnt, supported by Google, that aims to nurture 600+ woman engineers by 2022 in order to bridge the gender gap in India’s technology industry.

“I was convinced that I wouldn’t be able to clear the test… I was so happy when I did that, I couldn’t believe this was happening to me,” says Ashna.

She recalls how the initial one week in Hyderabad was filled with apprehension and trepidation, “I was just 21 and this was the first time I was travelling alone to a city where I did not know the language.”

At the bootcamp, Asokan Pichai – Chief Learning Officer with TalentSprint, would give the girls coding problems to solve every day after class.

“We learnt how to write production-ready code. Asokan taught us that our code should be simple…so simple that a child can also understand the function of each variable.”

But it was not just technical knowledge that Ashna remembers. She goes on about how the environment at the bootcamp supported self-learning and how her peers and mentors motivated her to become better.

Campus placements were cakewalk after WE. Ashna says, “I applied everything I had learnt at the bootcamp in my interviews and tests. Even the interviewers were surprised that I knew how to solve these problems.”

She already had an offer from Samsung Research Institute, when she appeared for Arcesium’s hiring drive.

“One of the interview questions was on system design… something Asokan had asked us to study. When I could answer, the interviewer was shocked!”

A few weeks after, Ashna got a call from the HR informing her that she had got the job. “It was a dream come true for me and I credit this to WE.”

Today, Ashna is very satisfied with her life. She is proud to have changed her parent’s mentality. And we too, are tremendously proud of her grit and determination.